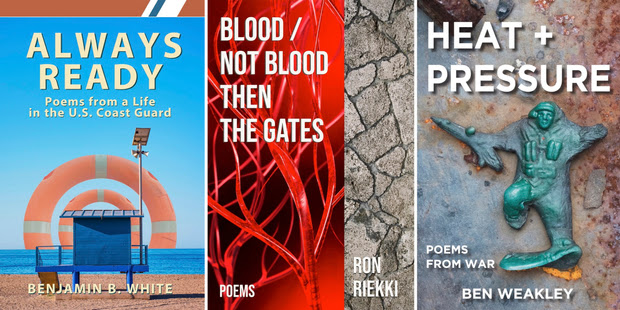 Middle West Press LLC, the Iowa-based business that administers The Aiming Circle community of practice as well as other military-writing projects, recently announced a forthcoming series of three poetry collections centering on or adjacent to issues of war, healing, and military service.

All three titles are currently available for pre-order in Kindle e-book format. With this current slate's publication, the midwestern micro-publisher (1 to 4 titles annually) will have produced nearly one dozen books, including those with non-fiction, fiction, and poetry elements.

Publication dates and titles for the new Middle West Press titles are:

While the business often seeks out publishing projects "inspired by the people, places, and history of the American Midwest," much of the catalog explores themes of military experience. Two examples include the anthologies Our Best War Stories: Prose & Poetry from the Col. Darron L. Wright Memorial Awards, and Why We Write: Craft Essays on Writing War.

"Whether the topic is the Midwest or the military, we like exploding tired tropes and complicating expected narratives," says Editor and Publisher Randy Brown. "Not every modern military veteran was a Navy SEAL or an American Sniper. We also realize not every military experience is that of a veteran. Family can often offer their own unique perspectives into what it means to go to war."

The publisher also seeks manuscripts from members of marginalized  communities and identities.

Brown himself is a 20-year veteran of the Iowa Army National Guard, with one overseas deployment. After retiring, he embedded as civilian media with his former unit May-June 2011 in Afghanistan. The trip helped result in an indexed compilation of U.S. Army reporting from Eastern Afghanistan: Reporting for Duty: Citizen-Soldier Journalism from the Afghan Surge, 2010-2011.

In addition to its book press operation, Middle West Press LLC offers freelance reporting, writing, and editing services. (On the "civilian" side of his résumé, Brown is a former community and metro newspaper reporter, as well as a former editor of national newsstand "how-to" and trade magazines.)

"We're not a 'pay-for-play,' 'subsidized,' 'hybrid,' or 'vanity' publisher," says Brown. "We make our selections based on literary merit, and even try to pay our authors an advance. We just wish it could be larger!" 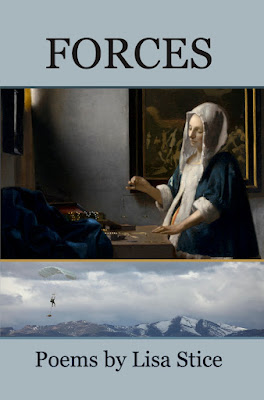